While everyone was running around testing their website on Google for Mobilegeddon, a shadowy, less pronounced update was waiting in the wings to prey upon websites with “thin content.” A lot of people in the industry have started to catch on, but we’re still surprised how much it hasn’t made the rounds as much in general. The ramifications of the update are easily similar to Mobilegeddon, Penguin, or Panda, but this one hasn’t gotten as much traction. In any case, here’s what went down…

Slowly but surely, the chatter among Webmasters and SEO’s started to trickle in on forums and sites. No one was exactly sure what was going on, but the messages were pouring in and there were far too many to dismiss as coincidence. Barry Schwartz was the first to start documenting the issues on Search Engine Roundtable. No one was exactly sure what was happening, but the confusion was centered something that looked a lot like Panda, which aimed to lower the rank of “low-quality sites” or “thin sites”, and return higher-quality sites near the top of the search results, but no one could be sure. The more comments were pouring in and people were reaching out everywhere for answers:

By May 4th, the confusion over if something had happened had clearly turned to finding out what happened.

While it didn’t help that Google was denying a Panda update took place, they didn’t need to; webmasters already had the data to prove something had happened. For starters, SERP Volitility, MozCast, and SearchMetrics all clearly showed that something had/was happening.

According to SearchMetrics, which tracks search traffic, there was a clear pattern of a decline in visibility for certain how-to sites, mostly pertaining to those with “thin content,” or lacking much value. HubPages and eHow, owned by Demand Media, are two sites that Searchmetrics identified. WikiHow and Answers.com also saw drops, although not as severe.

This isn’t the first time Google has done this.

Two years ago on May 8, 2013, Glenn Gabe began receiving emails from webmasters that were seeing significant drops of 60%+ in organic traffic overnight. As more emails came in, and he checked more of his own data, it was apparent that Google had pushed a big update. Glenn called it the Phantom update, since it initially flew under the radar and Google would not confirm it, but the data was clear that a massive change had occurred.

At the time, the SEO community was waiting for Penguin 2.0 to roll out and all the attention was on unnatural links. So when this update hit, it caught everyone off guard. So it shouldn’t surprise anyone that Google would roll out another Phantom update just when everyone is so focused on making sure their website is mobile friendly.

Within a matter of days, NBC News had an article out confirming a phantom update, using Hubpages as a case study. Paul Edmondson, founder and CEO of the San Francisco-based company which employs professional editors to work with a vast network of independent writers, said, “It was just a giant whack across the board. Imagine how hard it is to run a business when you see 22 percent of your traffic evaporate overnight.”

Glenn Gabe confirmed this in how own analysis, saying that the algorithm is ruthless, punishing an entire domain when it recognizes even a few spammy pages.

Here’s a quick list of some of the other things that we know got hit:

This all goes to reinforce the one thing we should never forget about Google, and all SERP’s:

You have the right to be forgotten at any time, for any reason.

Did your business see anything from Phantom 2 that affected you? Tell us your story in the comments! 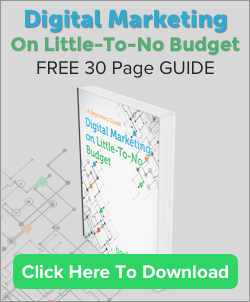 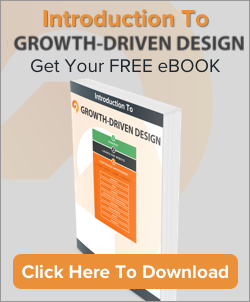